is an American entertainment and media company based in Newport Beach, California, founded by financier and storyteller Walter Cruttenden. The company features stories of Plato’s Great Year as described by Walter in his book, Lost Star of Myth and Time, and depicted in his documentary film, The Great Year, narrated by James Earl Jones. The company also produced over ten Conferences on Precession and Ancient Knowledge, and over seventy Cosmic Influence podcasts, and a children’s book. We work with astronomers, archeologists, historians, writers, and artists engaged in reimagining our lost history based on the latest archeological and astronomical findings. Our current projects include Lost Star (the movie), a fictionalized story based on the book, written as a feature-length film, and we are in development on an animated series, The Great Year Adventures, with Tommy the Time-Traveling Turtle, based on Walter’s book of the same name. We love our mission because we believe these stories uplift mankind’s consciousness and make the world a better place. From a business perspective, we estimate the franchise potential of alternate histories and futures for earth and other worlds has an addressable market as large as the superhero genre. Think Star Wars, Arrival, National Treasure, Star Gate, Star Trek, etc. Science is indeed stranger than fiction! 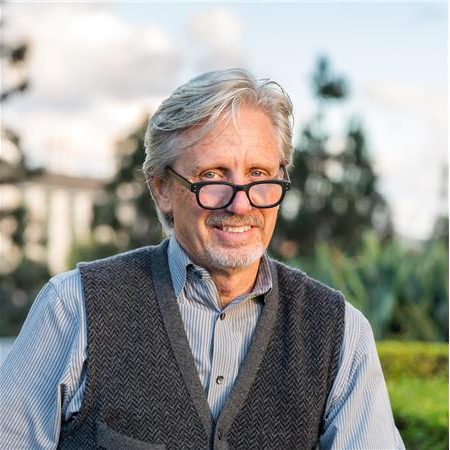 Is an amateur astronomer and author working with the Binary Research Institute where he studies the celestial mechanics of the precession of the equinox, and myth and folklore related to this phenomenon. He is the writer-producer of The Great Year, a documentary film (narrated by James Earl Jones) that explores evidence of astronomical cycles of time known to cultures throughout the ancient world.

Cruttenden’s lead book, Lost Star of Myth and Time, provides an alternative view of history based on the solar system’s motion through space. It is his belief that the myth and folklore depicting a repeating cycle of Dark and Golden Ages, has a basis in fact, caused by natural celestial processes similar to those that produce the cycle of the seasons. However, the larger cycle is caused by a much larger astronomical motion, subjecting earth to distant stellar forces as the sun moves in a binary orbit around another star. Cruttenden’s book, The Great Year Adventures with Tommy the Time Traveling Turtle, relates this story to young minds.

Cruttenden frequently speaks to groups about the ancient mystery of the precession of the equinox. His talks explain how cutting-edge scientific evidence challenges the current theory of precession. Due to the work of Cruttenden and others, interest in ancient knowledge and solar system theory is on the rise as more people become aware of the importance of our present Age and the potential it holds for a radically positive future. In business, Cruttenden founded some of the largest and most successful fintech firms in the country, including Roth Capital, Acorns, and the investment banking arm of E*Trade. Cruttenden has invested in or financed hundreds of technology companies, many based on his theories of rapidly evolving consciousness in the present Yuga.

Cruttenden has been featured on television and radio programs, including CNBC, CNFN, KOCE. Recently he has given talks at the Self-Realization Fellowship in Los Angeles, East-West Bookstore in Palo Alto, University of Virginia, University of Arizona, University of California at San Diego, the Newport Film Festival, and the Society for Scientific Exploration.

As founder of the annual Conference on Precession and Ancient Knowledge (CPAK) Cruttenden works with many alternative historians, such as Graham Hancock, the author of Fingerprints of the Gods, and geologist and author Robert Schoch, known for his work redating the Great Sphinx in Egypt, and many other scientists and authors in the alternative history and future genre.

Cruttenden is married, has four sons, and resides in Southern California. He enjoys surfing, hiking, meditation, music, and film.