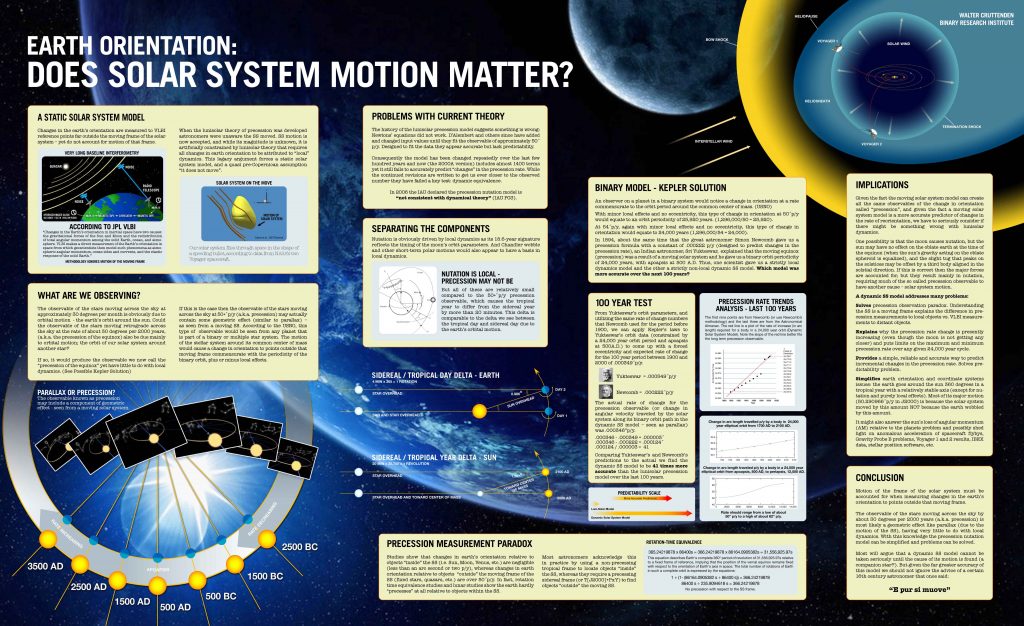 Long term predictions of changes in the earth’s orientation to VLBI sources have been historically unreliable. The IAU has found that current methods are “not consistent with dynamical theory”. Part of the problem appears to be that measurements of the precession observable are made to points outside the moving frame of the solar system yet do not account for motion of the solar system relative to those reference points. We have found that by separating the motions of the earth within the local frame (of the solar system), from the motion of the frame relative to external reference points (outside the moving frame), long term measurements of the earth’s changing orientation may be simplified and predicted with a higher degree of accuracy.