"There is something out there" By Mike Brown

Seven years ago this week I was preparing one of my favorite lectures for The Formation and Evolution of Planetary Systems, a class I frequently teach at Caltech. “Preparing” is probably the wrong word here, because this lecture, called The Edge of the Solar System, was one I could give even if instantly wakened from a cold deep sleep and immediately put on stage with bright lights in my eyes and an audience of thousands and no coffee anywhere in sight.

The lecture explored what was known about the edge of our main planetary system and the ragged belt of debris called the Kuiper belt that quickly faded to empty space not that much beyond Neptune. Conveniently, one of my most active areas of research at that time was trying to figure out precisely why this ragged belt of debris had such an edge to it and why there appeared to be nothing at all beyond that edge. I could wing it. So instead of preparing the lecture, I really spent that morning doing what I did whenever I had a few spare moments: staring at dozens of little postage-stamp cutouts of pictures of the sky that my telescope had taken the night before and my computer had flagged as potentially interesting.

Interesting, to my computer, and to me, meant that in the middle of the postage stamp was something that was moving across the sky at the right rate to mark it as part of the Kuiper belt. I was not just lecturing about this debris at the edge of the solar system, I was looking for more of it, too. 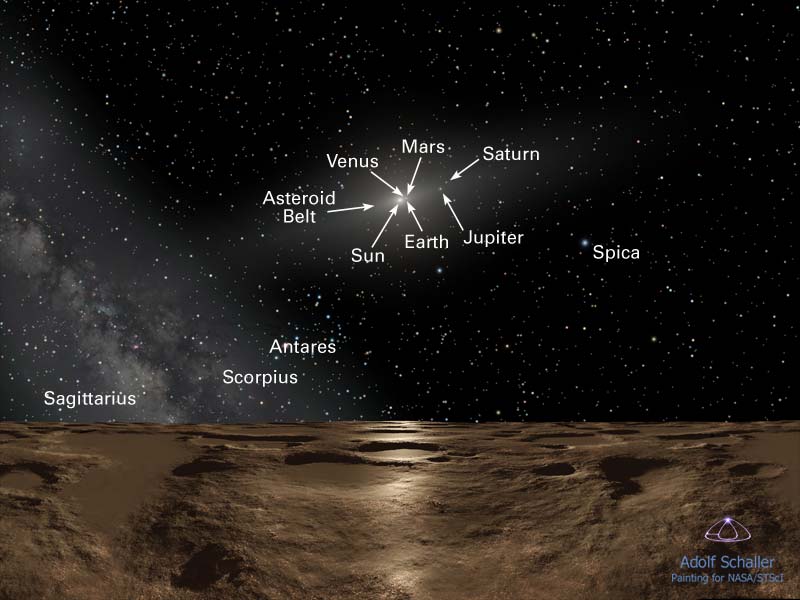 Seven years ago, the moment I first calculated the odd orbit of Sedna and realized it never came anywhere close to any of the planets, it instantly became clear that we astronomers had been missing something all along. Either something large once passed through the outer parts of our solar system and is now long gone, or something large still lurks in a distant corner out there and we haven’t found it yet.